Introducing my Grant for the Web Project

September brought along good news for every internet user who is hopeful that we might find a better way than advertising to pay for things on the internet, very good news for everyone somehow involved in Web Monetization, and very, very exciting news for me personally.

Investing in a Better Internet Experience for Everyone 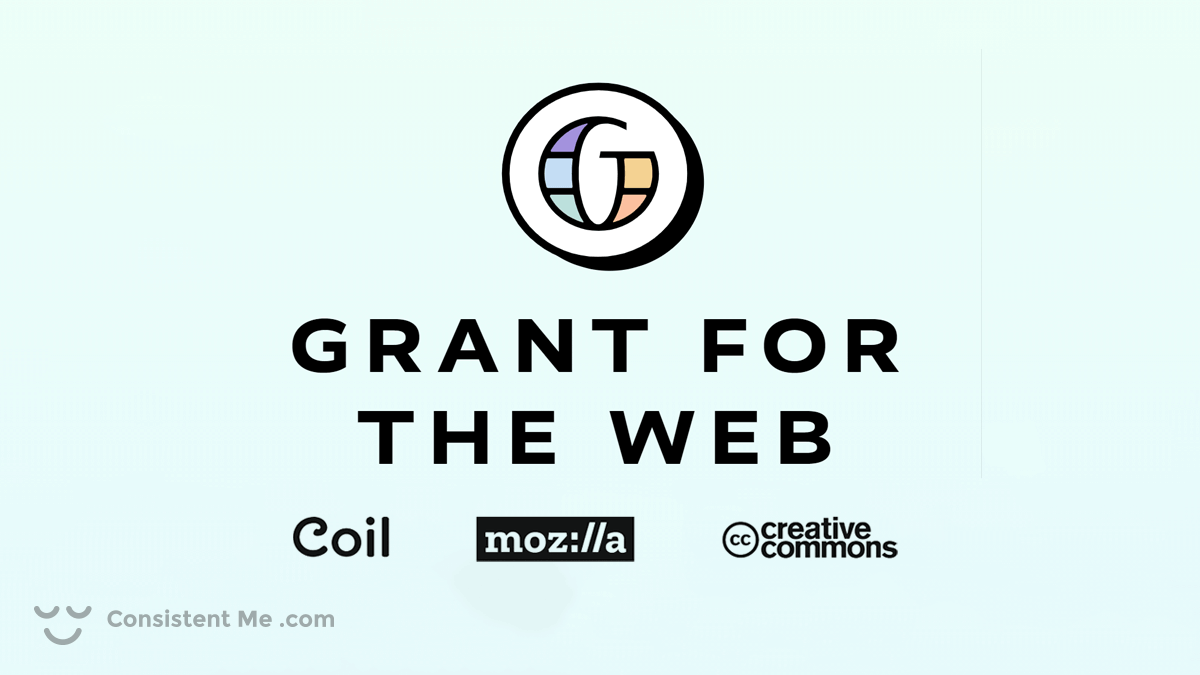 Last month, the Grant for the Web has published the results of its first call for proposals, which was announced earlier this year. I am more than excited to share that I am one of the Spark Grantees, who are receiving support to work and experiment with Web Monetization in a project over the course of six months.

The support consists of financial funding (in the Spark level between $ 5,000 and $ 15,000) and becoming part of a community, which will surely enable great ideas and collaborations to come to life.

I am really happy to have gotten involved with this topic ever since setting up my blog. It has already been a fulfilling experience from the very beginning, but this new development makes me feel like I am really involved with something disruptive.

If you haven’t heard about the Grant for the Web yet, I will highly recommend you to take a look at the official website. It is a great opportunity for everyone — creative minds and technology geeks alike — to help make the internet a better place.

But now, let’s talk about my little project.

While I can’t possibly foresee all the new opportunities for content monetization that could be enabled by a more wide-spread adoption of the Web Monetization standard, there is a specific area where I see a lot of potential for it.

The internet has enabled us to share information across borders in an almost seamless way.

Many people are making a living and are running successful businesses by sharing their valuable knowledge in different forms and formats online. Especially online courses have been growing in popularity over the past years, because the barrier to create them has been coming down steadily.

This alone is a great development on its own. I truly believe that sharing one’s knowledge with others is not only a fulfilling experience, but it can also be a great tool for literally anyone to build a second income stream over time.

No matter what you’re interested in or passionate about, there are other people on the internet who are as well. Some of them will appreciate (even in a financial form) to hear your perspective and insights into something they care about.

The current workflow of getting access to different knowledge sources on the web mostly looks like what you can see in the following image. 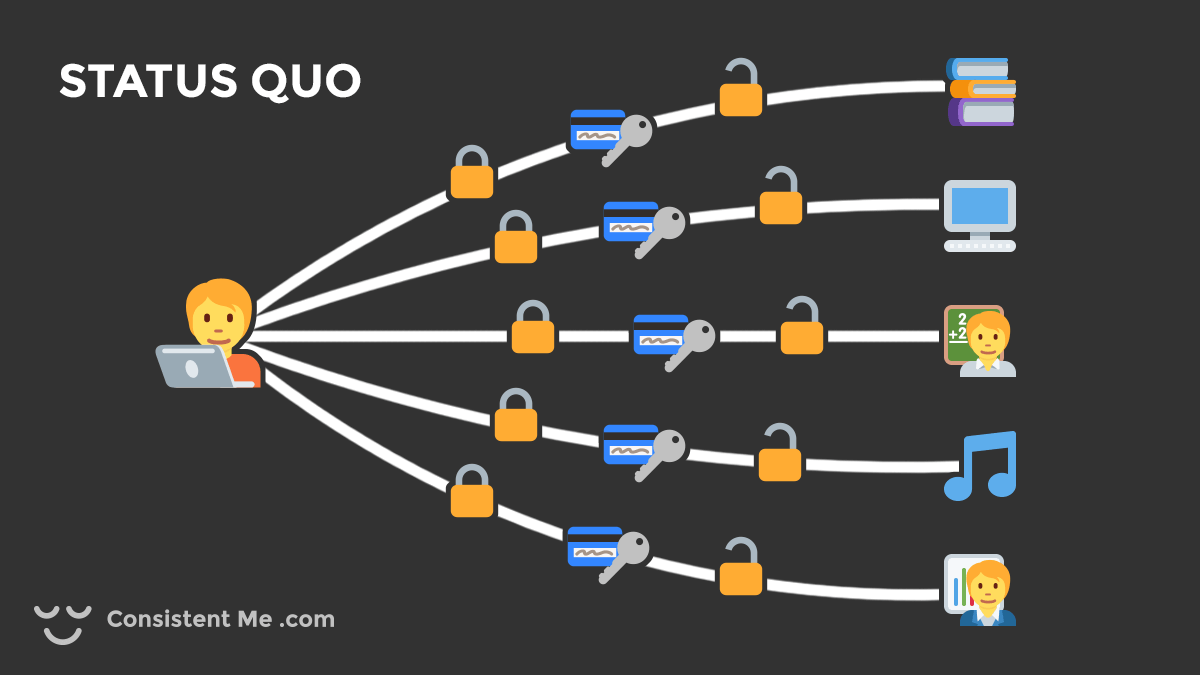 In some cases, bigger platforms are making this process a bit easier for the user, by gathering the content of multiple creators in one place, but this comes at the cost of flexibility and independence of the creator.

Either way, manual and multiple payments are often required to really get access to all the knowledge that an internet user would like to acquire from creators. Combined with the seemingly infinite supply of information on the web, these circumstances have created a sometimes tricky situation for both users and creators.

Users find themselves facing tons of different options, often overthinking their initial buying impulse, because they found something a little cheaper or a little different elsewhere. It becomes a paradox of choice.

Creators find themselves facing a lot of competition, and it often becomes a matter of who is having the better sales and marketing skills, rather than who has the better content to offer. A common problem often for the most creative creators of all, who are masters of their craft, but not good and not interested in learning how to sell to people.

This has also created a whole new problem on its own, because the internet is also suffering from being flooded with info products and courses that look shiny on the outside (aka the landing page where you entered the sales funnel), and are complete crap and useless on the inside (after you have made the purchase).

It’s a big party for the modern snake oil salesmen.

I’m looking at everyone who’s selling a course for $ 97 or $ 997 (it has to end with a 7!), which of course has an ACTUAL VALUE that is TEN TIMES HIGHER (caps required also), with a countdown on their landing page, which is making me afraid to miss this INSANE ONE-TIME OFFER (that resets when I open the page in a private tab), and popups coming in left and right telling me that Bob and Alice have also JUST NOW purchased that amazing product.

This has lead to users losing trust and getting more and more skeptical towards anyone trying to share their knowledge and asking for money for it. Even towards people with genuine intentions.

Too much money has been spent on bullshit, too little has been made with true value. It’s a vicious cycle almost.

So as we can see, there are plenty of reasons to maybe give another model a try. One that looks more like in the following image. 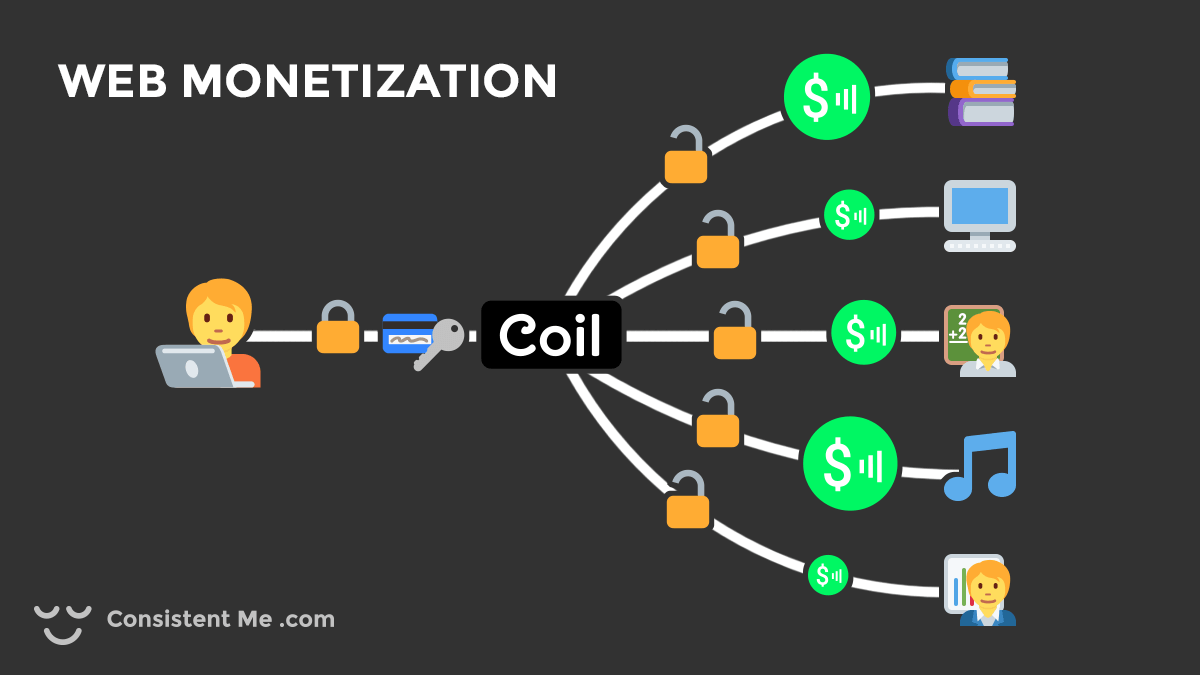 As you can see, in this model only one manual payment is required to gain access to the whole variety of content available. This is exactly where I see huge potential for Coil and Web Monetization.

In a maybe not too distant future, internet users who are paying for a monthly Coil subscription might have full access to many different creators’ online courses, without having to purchase each of them individually. Instead, they will be paying for all of them in a pay-as-you-use manner, streaming micropayments in real time for each second that they are watching the course video or reading the written guide.

This will enable users to really find the most suitable content for them, as they are going to be able to compare different content directly with each other, without having to rely only on the marketing information presented to them.

It will enable a situation in which really the best content with the highest quality (which each individual user defines for themselves), will eventually receive the most money. The more actual time users spend with the content, the more the creator will make.

I think that is a vision worth pursuing — and that’s why I want to build a proof of concept for exactly that.

Creating my Own Small Learning Platform 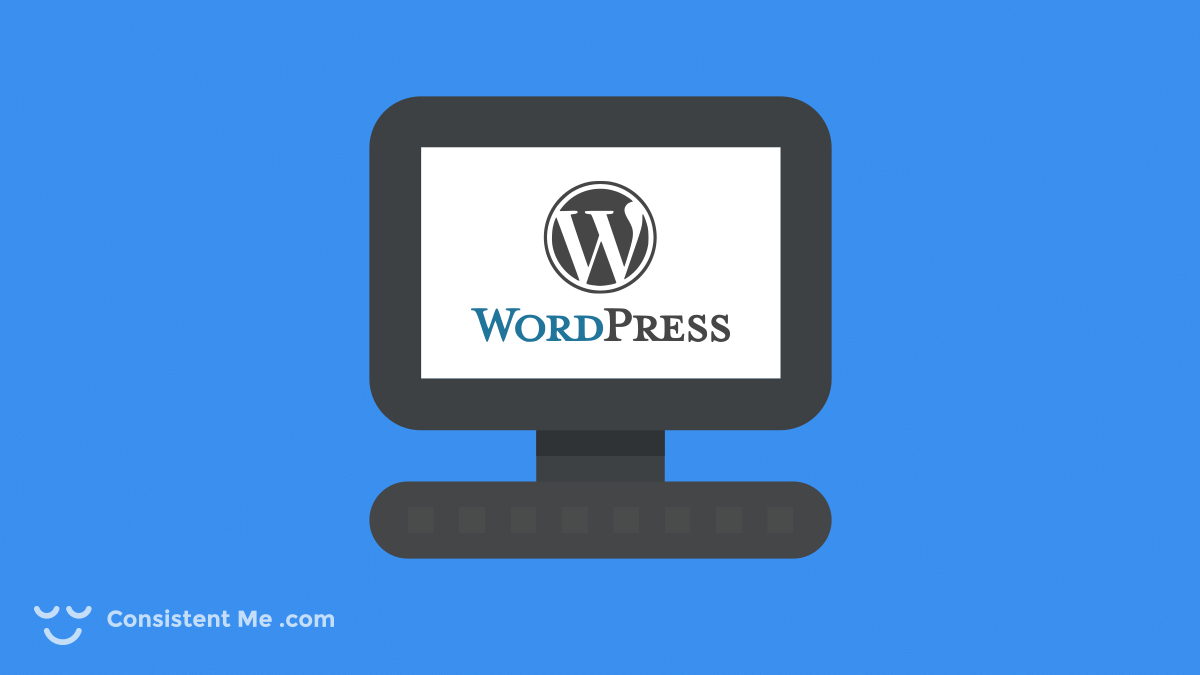 Over the course of this project, I want to build my own small learning platform related to my blog and my content.

The platform will be running on a subdomain of my blog and it will be a place dedicated to content specifically created to share my knowledge on different topics and for others to be able to follow in a structured and well-organized manner, like a video course format.

Coil subscribers will have complete access by default and will be able to easily log in with their Coil credentials with the click of a button. Inside the platform, they will be able to easily sign up to different courses, to track their progress, and to engage with me and other users to ask questions or share feedback.

I was thinking about what kind of content I could offer as a suitable proof of concept. Something that could be beneficial especially for members of the Coil community and people curious about Web Monetization.

I quickly knew what to go for.

As my first piece of knowledge content I will create a comprehensive and easy-to-follow video course explaining how to set up and run a blog on WordPress using the Divi theme. Just like my own blog right here.

Ever since I started sharing articles from my blog on Coil, I have received many questions from different people asking me about advice and help about exactly that, so I thought this might find its audience among our community of aspiring bloggers.

To Make it Happen, Make it Public 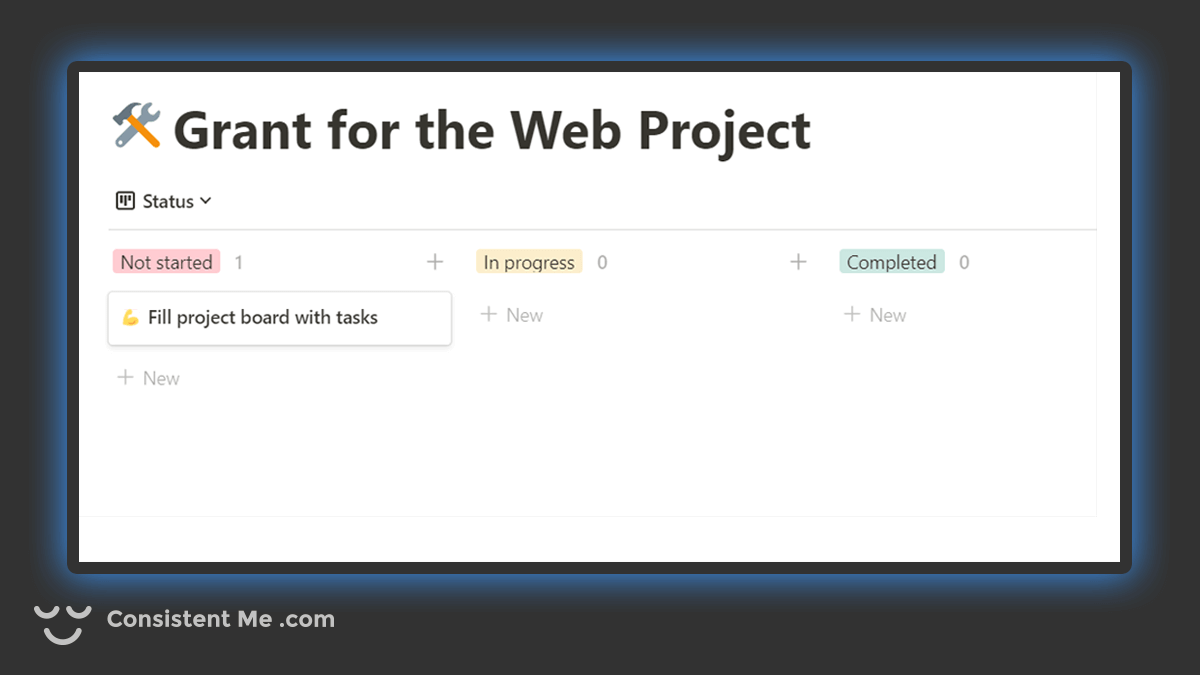 As you know, I’m a big fan of being transparent with most things I do online. Not only to share my experiences and developments with others, but also to hold myself accountable.

That’s why I also wanted to find a way to share the current status of this project over the next few months. So I have set up a project board in Notion, which you are welcome to follow or check in with every now and then.

I’m looking forward to learn a lot for myself, but also to create more knowledge for the whole Web Monetization community by pursuing this project.

For sure, there are many open questions regarding the viability of this use case using Web Monetization, but that’s exactly why I want to work on it. No matter the long-term results of this project, I’m sure it will help the whole community to derive some knowledge that will be helpful in different ways on our shared journey towards a better business model for the web.

Last, but not least, I want to once more express my gratitude towards Coil, Mozilla, and Creative Commons, for enabling this opportunity for me with the Grant for the Web.

Link to “a comprehensive and easy-to-follow video course explaining how to set up and run a blog on WordPress using the Divi theme” and others course please.

It’s still in the making! 🙂

Once again congratulations Benny, so excited to see your project developing over time! ❤️

Thanks a lot Patty! 😊

It’s great to have a small community around where we follow and inspire each other.

Looking forward to your project development as well! 🙌

Congrats! I was thinking of getting a grant to set up a section of my blog site dedicated to readers of yet-to-be published book in which COIL subscribers could rather than purchase my book come to the site and read it while I get paid.

Another call for proposals comes for sure… 😉

This is great Benny!! You made me laugh with the reset timer and one time offer… they’re all the same and I’ve leant to run away from any site using those tactics…

“I’ve got a massive life-changing secret to share with you… but first, when I was a child I…”

I love that you’ll be putting this video course out for free. It really feels like a grass roots movement of web monetization…

Hahaha, I’m glad you can relate to this madness.

There are for sure enough reasons to experiment with better solutions! 😌